Use case: people flows and congestion 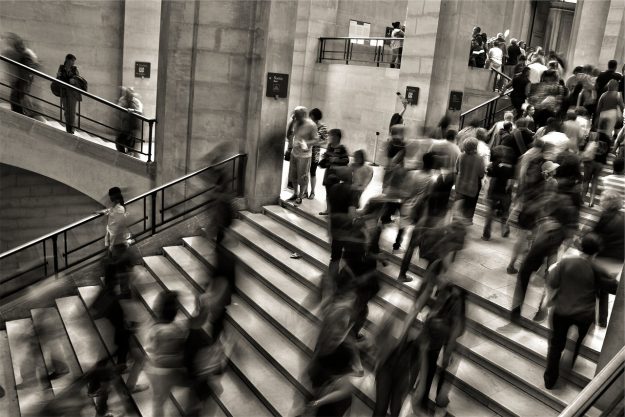 The flow of people through campus and beyond is complex and not well understood outside of known peak times such as class changes or lunchtime. The density of people at any one place and time, and the speed of their movement, can have a big impact on how easily people can get in and around campus buildings and facilities. Knowledge about pedestrian movements, and ways to respond to them, could be valuable to help provide better services and a tailored experience, within campus and connecting to the wider local environment.

What could be done?

Pedestrian flow could affect the time for journeys between classes, waiting times at cafes or sudden changes in how busy the library is. Location trackers such as used by mobile phones can provide data on flow, and also people counters, such as using video systems, can be placed around campus to collect data on the numbers of people in that location at any time. Such data can have a number of applications, including combining with other contexts to improve services, such as: 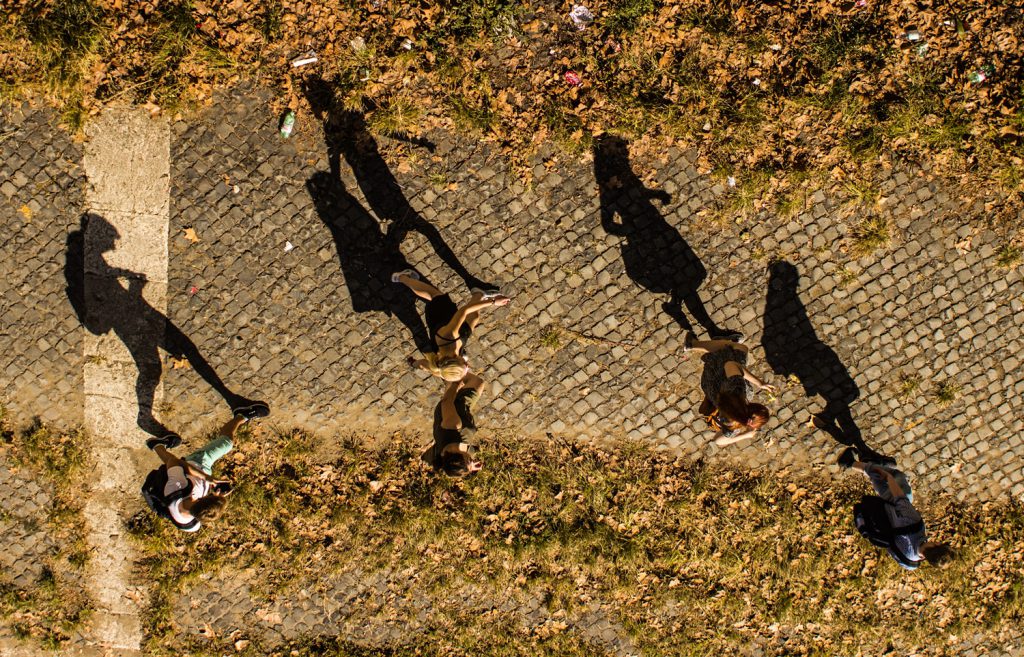 What examples are there?

Many of the existing examples are from “Smart cities”, involving vehicular and pedestrian traffic, to aid safety, improve health and environmental concerns, and also inform retail and business. However, such applications can be easily applied to campus routes and facilities.

Google maps is one of the best known examples of tracking the location of mobile devices (typically in cars) to show congestion on traffic routes. The mapping service then can suggest the best/quickest route for the traffic conditions at the time and provide alternatives if congestion is estimated to lead to a slower journey time.

Other methods of “people counting” include video cameras, which can also combine with CCTV, recognising an image of a person and transmitting the numbers (usually not the images). Such systems are used on some buses and trains for example to tally against fare income or check usage of different routes.

In Las Vegas, not only do they track vehicles through a junction but also count the number of pedestrians crossing the streets and also “jaywalking”, and then re-routing vehicular traffic when the numbers of pedestrians is high.

A prototype LED smart pedestrian crossing in London only reveals the crossing when pedestrians appear and can expand to cope with higher numbers of people, or to move the stop lines further back if weather conditions are poor, to allow for increased stopping distances of vehicles.

People counters are used in business and retail areas for example in Manchester to better understand queuing time and which areas of a store are popular. The data also contributes to strategies to improve walkability and transport, understand the impact of events and marketing campaigns, and assist businesses and community services in adopting appropriate staffing and security arrangements.

What about ethical and other issues?

In principle, data on people movement tends to be aggregated to use the total numbers and changes to those numbers rather than knowledge about a specific individual. This is similar to the way google uses your location to provide mapping data, and is widely accepted. However, images of individuals may be being captured along with their movements and this information could be used inappropriately without strict controls and clear consent rules. Similarly, as data becomes combined, it begins to create a picture of a person’s behaviour that could be considered more of an invasion of privacy – for example which cafe are they going to, who else is there and what do they drink?

Who needs to be involved?

Pedestrian flow information could be valuable to a wide range of audiences, both within campus and in the wider community. The providers of academic services (such as timetabling), social facilities (bars and cafes) and retail businesses could all be users of the data. In addition, integration with events planning and transport services could impact on local authorities, transport providers and the police.